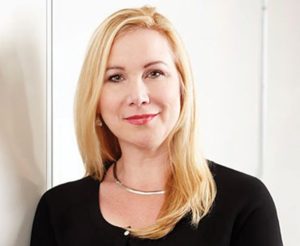 Dr. Wendy Cukier is a Professor of Entrepreneurship and Strategy and Director of the Diversity Institute at the Ryerson University Ted Rogers School of Management. She recently completed a successful five-year term as the Vice President of Research and Innovation during which she increased research funding by 60 percent and helped build the innovation ecosystem. Previously, she was the Associate Dean of the Ted Rogers School of Management, Canada’s largest business school. A coauthor of the bestseller Innovation Nation: Canadian Leadership from Java to Jurassic Park, she is an expert in disruptive technology and building innovation ecosystems.

She founded the Diversity Institute to develop research-based strategies to promote inclusion with a particular focus on the intersection of issues such as gender, race, social economic status, sexual orientation and gender identity, disability and indigeneity. She has done pioneering work on diversity and inclusion focusing on developing “the business case” and applying innovation models to driving change beyond human resources. While committed to data driven analysis, she has also explored the lived experience of particular groups including Racialized Women, Somalian-Canadians, LGBTQ Black Youth and Muslim Women. 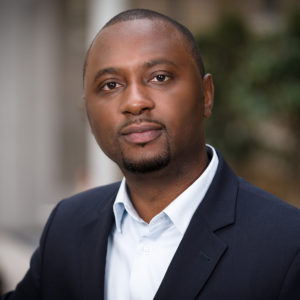 In his seven years as executive director of For Youth Initiative, Lekan developed the agency into an impactful organization that provides programming to 1,000 at-risk youth each year. Lekan served Toronto as a board member for the Ontario Council of Agencies Serving Immigrants (OCASI) and was the first-ever Chair of the Premier’s Council on Youth Opportunities. Under his leadership, the Premier’s Council designed a $5 million youth opportunities fund and advised on a $295 million youth job strategy fund. Lekan is a graduate of CivicAction’s DiverseCity Fellow program, United Way’s Creative Institute for Toronto’s Young (CITY) Leaders and is a 2012 Governor General’s Canadian Leadership Conference alumnus. He was named a Vital Person in 2012 through the Toronto Foundation and is a past winner of the Innovation award through United Way Toronto. 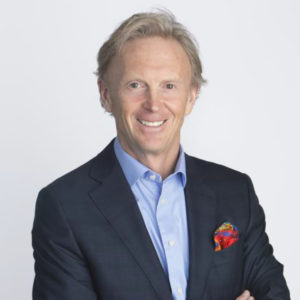 Bill has been directly involved with most of Accenture’s major Canadian clients and ecosystem partners. He has built Accenture’s team in Canada to over 4800 employees.

#2 on Pride at Work’s LGBT Inclusion Index. In 2016 Accenture was named Company of the Year for Women in Technology and Communications. In 2017 Bill was honoured as the winner of the Women’s Executive Network (WXN)’s Inclusion Vanguard Award.

Bill has been on Accenture’s Global Leadership Council for 15 years and on the North America Leadership Team for 11 years.

Bill championed Accenture’s Skills to Succeed program where Accenture contributes time and cash to help 50 leading Canadian charities. In 2017 Accenture helped over 8000 Canadians acquire the skills they need to succeed. Recently Accenture announced a $1.4 million cash grant to ACCES Employment which will be used to help new Canadians get employment in their chosen field.

On a volunteer basis Bill has served the United Way of Greater Toronto, Enablis, Jack.org, Toronto Symphony Orchestra and the Energy Policy Institute of Canada. Bill is a member of the Business Council of Canada.

Bill has been with Accenture for over 30 years. He was born in Boston and grew up in Halifax. He graduated in 1982 from Queen’s University with a Bachelor of Commerce (Honours). Bill has a passion for music and enjoys a broad range of outdoor sports. He lives in Toronto and has three adult children. 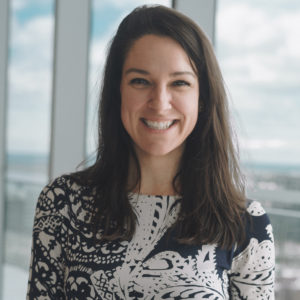 Tamara is the Associate Vice President at CivicAction. She leads CivicAction’s Escalator: Jobs for Youth Facing Barriers initiative, which increases economic opportunities for vulnerable youth through employer-driven actions. Part project director, part organizational development practitioner, Tamara has also managed a number of key internal processes to optimize CivicAction’s business model,  governance processes and hr practices. Tamara has been at CivicAction since 2007. In 2012, Tamara was named a Vital Person by the Toronto Community Foundation. 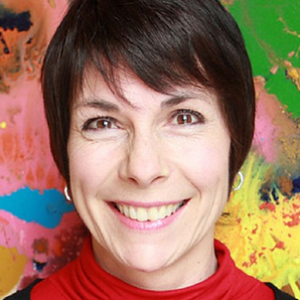 Leslie’s strategic sense and knack for getting things done has served her well.  Her career has included progressively senior marketing and communications roles managing a variety of gold standard programs for national and international clients.  In recent years she has channeled her considerable energy to the non-profit sector, contributing extensively to several environmental non-profits organizations including Green Enterprise Ontario and The Climate Group’s LightSavers initiative. 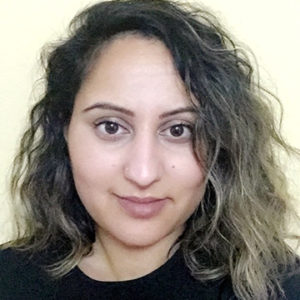 Over the past 10 years Pamela has been connecting theory with practice, engaging on three fronts: research initiatives, frontline work, and policy dialogues. She led a nonprofit organization at the University of Toronto, was a frontline worker in family services, built diversity equity and inclusion capacity in the human services, and undertook multiple research projects exploring gender issues in the South Asian community. Currently, she is leading a project for the Ontario Nonprofit Network exploring women’s employment experiences in the nonprofit sector. Pamela also works as a group facilitator and is a board member of Laadliyan. She holds a Master’s degree in Women Studies & Feminist Research from Western University.

Wade practices human rights law at Ross & McBride LLP in Hamilton, Ontario. Wade regularly acts for applicants before human rights tribunals and recently began to act for unions in human rights matters. Prior to practice Wade obtained his juris doctor degree from the University of Toronto. During law school Wade interned with the International Labour Organization in Geneva, Switzerland, working directly with Guido Raimondi (currently Judge and Vice-President of the European Court of Human Rights). Prior to articling with Ross & McBride LLP, Wade worked for Justice Robert Sharpe of the Ontario Court of Appeal. In 2013, Wade completed his LL.M. at Cornell University in Ithaca, New York. While studying at Cornell, Wade traveled to Buenos Aires, Argentina as part of a four-member fact-finding team to explore the causes, conditions and consequences of female imprisonment in the federal prison system. This study resulted in an extensive report which was presented in collaboration with the United Nations Special Rapporteur for Violence Against Women. Wade is an applicant-side representative on the Human Rights Tribunal of Ontario’s Practice Advisory Committee, and sits on the Board of Directors of ARCH Disability Law, the United Way of Burlington and Greater Hamilton, and Volunteer Hamilton. Wade serves on the executive of the Ontario Bar Association’s Constitutional, Civil Liberties and Human Rights Section. 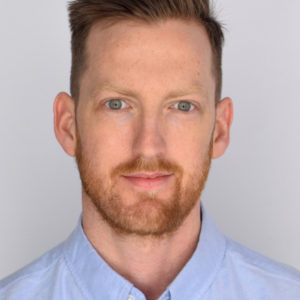 Colin Druhan is executive director for Pride at Work Canada where he is committed to improving the climate of inclusiveness in Canadian workplaces for LGBTQ2+ people. In addition to his role at Pride at Work Canada he serves on the National Advisory Committee for DiverseCity onBoard and on the Program Advisory Committee for the Arts Administration and Cultural Management program at Humber College. Previous to Pride at Work Canada, Colin held positions at the Student Association of George Brown College, The 519, TIFF and the Inside Out Toronto LGBT Film & Video Festival. 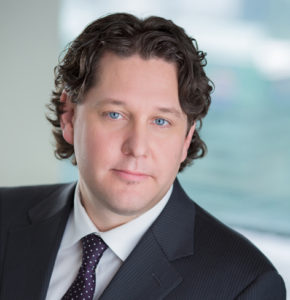 Michael S. Richards is a partner specializing in employment and labour law in Toronto. Michael was called to the bar in both Ontario and British Columbia and has represented clients before various levels of courts in both provinces, before administrative tribunals, at arbitrations, in mediation and at other negotiations, including collective bargaining.

Aina-Nia has worked in corporate and community leadership roles for over two decades, and created and delivered various personal and professional development programs to academic, corporate, Faith and civil society audiences across Canada, USA, the Caribbean and Ghana. Aina-Nia is often called on to serve as a consultant and facilitator for issues within racialized communities, particularly issues of gender and racial equity and African spirituality.

Aina-Nia was named one of the 100 Accomplished Black Canadian Women for 2018. In 2016 she was named one of the Top 100 Black Women to Watch in Canada.  She has been recognized by the Ontario government for her contributions to her community in 2015 and in 2008 was nominated as one of Toronto’s Most Inspiring Women. She has received recognition by both the Canadian and USA media. Her documentary film, Remembering Her Power will be featured at the 2018 Parliament of World Religion 2018. 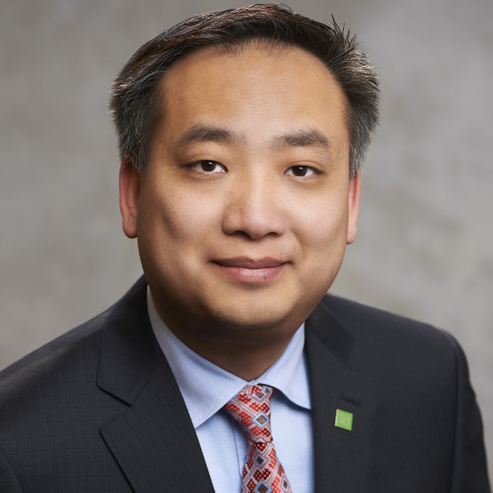 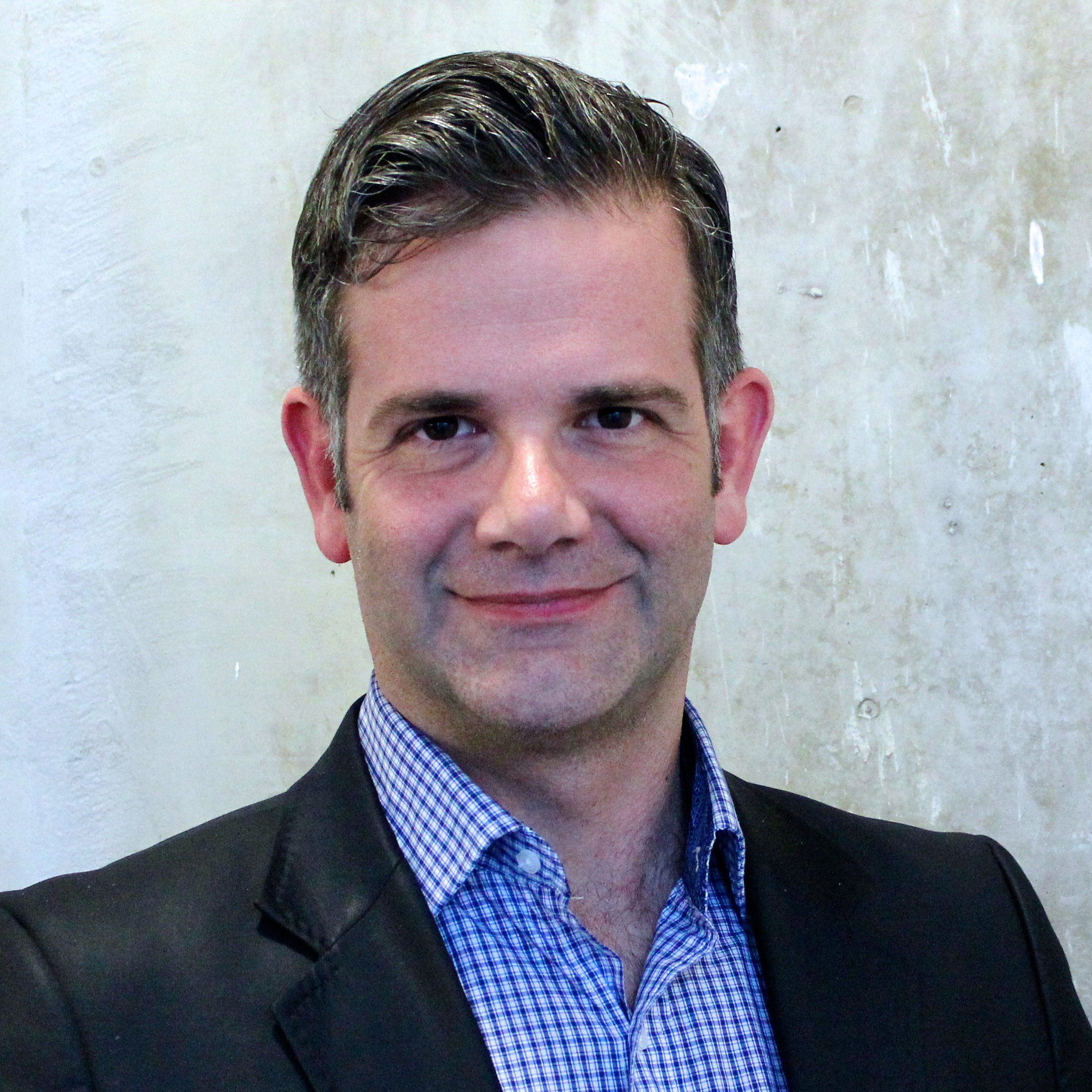 Mark Patterson is a changemaker pioneering new approaches in career development, inclusive recruitment and contextualized labour market information to drive social and economic change. For more than a decade, he has focused on providing opportunities for diverse job seekers and addressing the needs of employers.

As Executive Director, Mark leads the creation of Magnet, a social innovation platform based at Ryerson University. A first-of-its-kind in North America, Magnet harnesses intelligent matching technology, data and analytics to effectively connect people, businesses, and organizations to opportunity. Under Mark’s leadership, Hire Immigrants works to support immigrant employment and workforce diversity, eliminating barriers to employment for newcomers. In partnership, Hire Immigrants and Magnet enable employers to directly source and engage with immigrant jobseekers and strengthen support for employers to access a diverse talent pool and maximize the potential of immigrant talent.

With the singular goal of helping Canadian communities and the people that call them home, Mark is a passionate driver of productive collaboration.

Mark serves on the following boards: 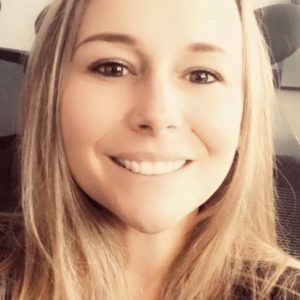 Lindsay’s family comes from Six Nations of the Grand River Territory. She is German and Mohawk; Wolf Clan and her spirit name is Swooping Hawk. Lindsay has worked in the non-profit sector for nearly 20 years, most recently as the Executive Director of the Ontario Aboriginal HIV/AIDS Strategy, where she led a full scale organizational re-development plan for programs in Ontario, which included notable revenue, partner and resource advancements. She has served in senior management roles both locally and provincially for both the OFIFC and NCFST and she started her community service work as a volunteer at Council Fire Native Cultural Centre as a teenager, 19 years ago. Her areas of expertise include; Indigenous social justice issues, and wellbeing, provincial and federal negotiations, program and training development, research and evaluation, policy and advocacy and capacity and partnership building.

Lindsay is passionate about Indigenous community wellbeing and she has a strong commitment to developing sustainable and measurable solutions for social change and lasting impact. Lindsay holds a Women’s Studies certificate from York University, an Advanced Diploma in Advertising, an Executive-Level Conflict Management and ADR certificate from University of Windsor Law School, and a Diversity Leadership certificate from the Schulich School of Business at York University. Lindsay was the recipient of the 2003 YWCA Young Woman of Distinction Award and she has been featured in a variety of media for her commitment to social change and advocacy.